Buprenorphine (BUP) Single Drug Test Strip is a rapid urine drug screening test that can be performed without the use of an instrument.

Buprenorphine (BUP) Drug Test Device is an immunoassay based on the principle of competitive binding.Drugs which may be present in the urine specimen compete against the drug conjugate for binding sites on the antibody.

One Step Buprenorphine Drug Test Device is a rapid urine drug screening test that can be performed without the use of an instrument.During testing,a urine specimen migrates upward by capillary action. Buprenorphine, if present in the urine specimen below 10 ng/mL,will not saturate the binding sites of antibody-coated particles in the test.

The antibody-coated particles will then be captured by immobilized Buprenorphine conjugate and a visible colored line will show up in the test line region.

The colored line will not form in the test line region if the Buprenorphine level exceeds 10 ng/mL because it will saturate all the binding sites of anti-Buprenorphine antibodies.

To serve as a procedural control,a colored line will always appear at the control line region,indicating that proper volume of specimen has been added and membrane wicking has occurred.

• Bring the pouch to room temperature before opening it.Remove the test device from the sealed pouch and use it as soon as possible.

• Wait for the colored line(s) to appear.The result should be read at 5 minutes.Do not interpret the result after 10 minutes 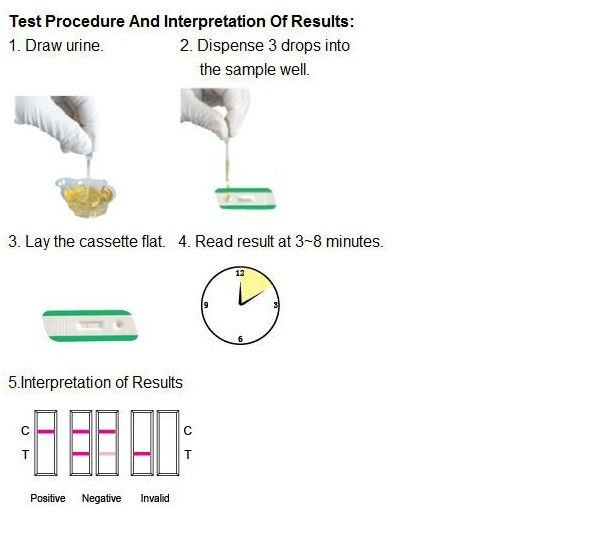 NOTE:The shade of the color in the test region (T) may vary,but it should be considered negative whenever there is even a faint line.

INVALID: Control line fails to appear.Insufficient specimen volume or incorrect procedural techniques are the most likely reasons for control line failure.Review the procedure and repeat the test using a new test device.

Q1: What's the method u use to do the test?
A: Colloidal Gold Method. 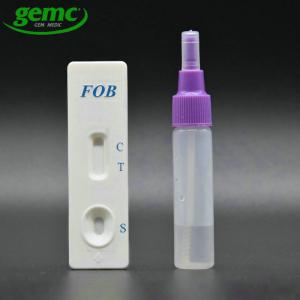 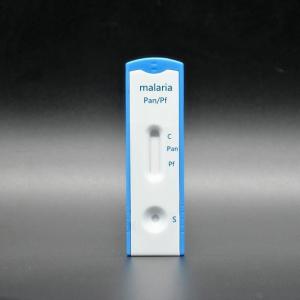 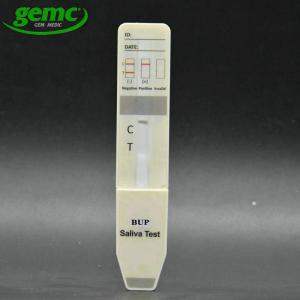 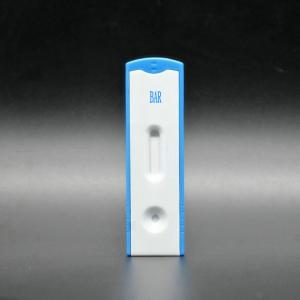